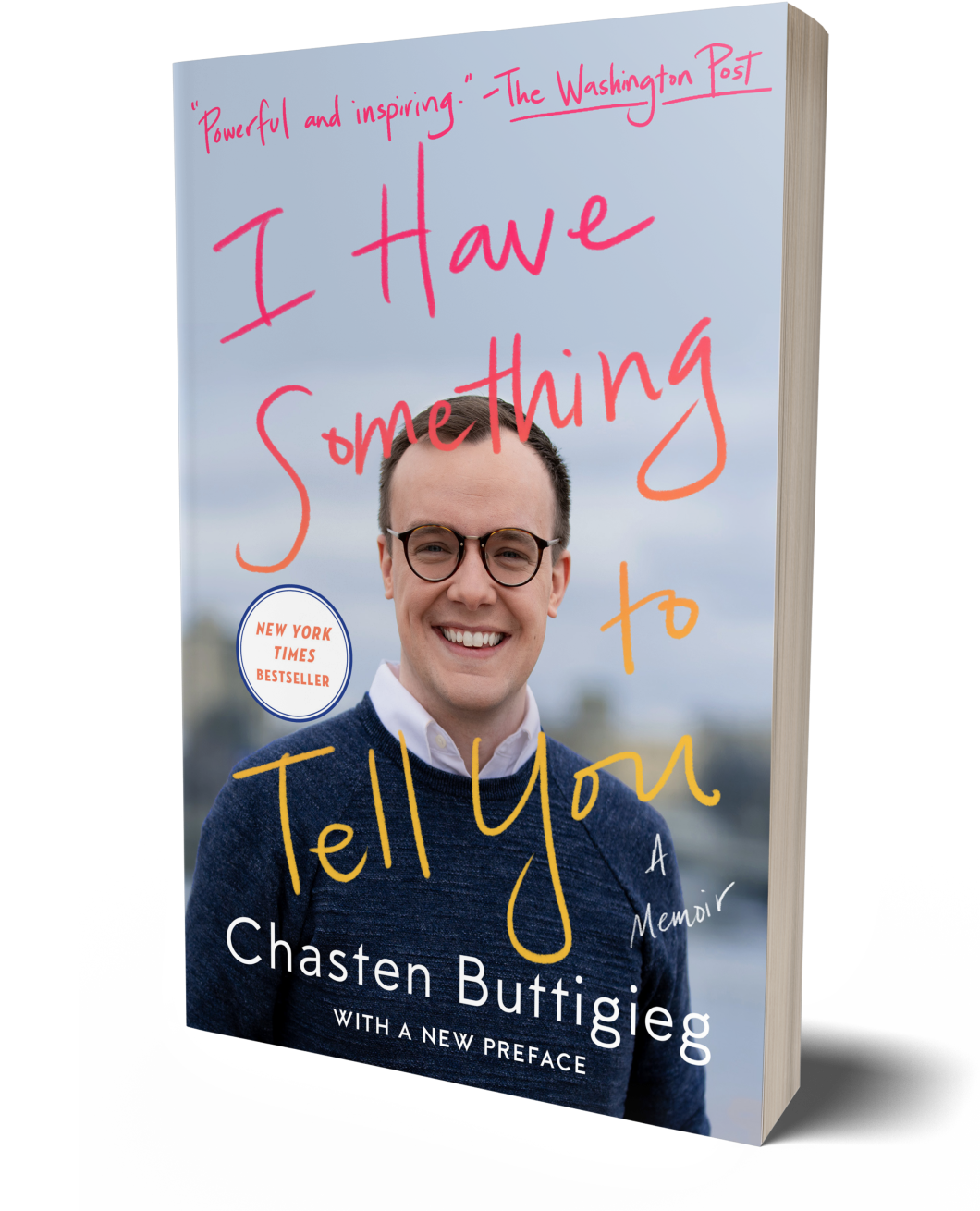 An inspiring story about the journey of self-discovery.

A moving, hopeful, and refreshingly candid memoir by the husband of former Democratic presidential candidate Pete Buttigieg about growing up gay in his small Midwestern town, his relationship with Pete, and his hope for America’s future.

Throughout the past year, teacher Chasten Glezman Buttigieg has emerged on the national stage, having left his classroom in South Bend, Indiana, to travel cross-country in support of his husband, former mayor Pete Buttigieg, and Pete’s groundbreaking presidential campaign. Through Chasten’s joyful, witty social media posts, the public gained a behind-the-scenes look at his life with Pete on the trail—moments that might have ranged from the mundane to the surprising, but that were always heartfelt.

Chasten has overcome a multitude of obstacles to get here. In this moving, uplifting memoir, he recounts his journey to finding acceptance as a gay man. He recalls his upbringing in rural Michigan, where he knew he was different, where indeed he felt different from his father and brothers. He recounts his coming out and how he’s healed from revealing his secret to his family, friends, community, and the world. And he tells the story of meeting his boyfriend, whom he would marry and who would eventually become a major Democratic leader.

With unflinching honesty, unflappable courage, and great warmth, Chasten Buttigieg relays his experience of growing up in America and embracing his true self, while inspiring others to do the same. 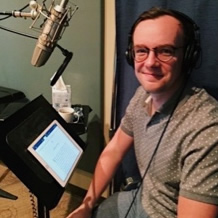 Check out this behind-the-scenes video of me recording the audiobook edition of I Have Something To Tell You.

“I Have Something to Tell You is an inspiring story about Chasten’s journey of self-discovery. On the campaign trail, I saw the power of his voice to help reshape the political climate of America. While recounting his moments coming to terms with his true self, he inspires others to do the same. This must-read memoir is a refreshing voice that gives hope to a new generation of political leaders.”

“Chasten Buttigieg is a transformative political spouse, just as his husband was a transformative candidate. His life story is a fascinating one, and he approaches his unique, head-spinning experience with humor, heart, and humility. Something tells me we’ll be seeing much more of him in the future.”

President of the Human Rights Campaign

“Chasten Buttigieg’s I Have Something to Tell You highlights how one person’s story and active engagement in fighting for change can be so critical in mobilizing others to see themselves in their future. Chasten’s wit, honesty, and sincerity shine throughout this book, as he tells a story that is both…

President of the Human Rights Campaign

“Chasten Buttigieg’s I Have Something to Tell You highlights how one person’s story and active engagement in fighting for change can be so critical in mobilizing others to see themselves in their future. Chasten’s wit, honesty, and sincerity shine throughout this book, as he tells a story that is both his own yet familiar to so many people across the country. And it reminds us that by telling our stories and showing up for one another, we can empower others to find value in telling their stories as well.”

“I Have Something to Tell You is an inspiring, emotional, surprisingly candid journey from rural Michigan’s fishing holes to some of the most influential spaces in American politics. Chasten’s story is a testament to the mighty tools our personal struggles can bestow, and a timely example of how we might use those tools to help build a better, stronger, fairer future.”

“Chasten fearlessly recounts his story—which is simultaneously relatable and historic. It’s a great read, authentic and unapologetic in a way that will mean a lot to an entire generation of kids who will inevitably, wonderfully, see themselves in him.”

Pulitzer Prize–winning author of The Daughters of Erietown

“Chasten Buttigieg has written a coming-of-age story for our times. One need not care about politics or campaigns to appreciate this raw, honest account of one man’s journey from a gay boy afraid of being discovered to a symbol of hope for countless Americans.”

As candid and compelling as any memoir I’ve ever read, and I’ve read a LOT! I incorrectly assumed that this book would mostly be about Chasten’s views about his husband, but it’s so much more. Chasten’s unabashed insights into himself and others is unique and always engrossing. HIGHLY recommended!

Thank you Chasten for sharing the ups and downs of your life. This is an amazing book about the life of a Gay man. It gives insight into the highs and lows of his life and also shows the behind the scenes life of supporting a partner who is running for President.

I highly recommend this book. It was readable and gives an interesting look of a unique life experience. Look hoping

I enjoyed reading this book. Thank you for sharing the emotional highs and lows of your memoir. Very well put together and kept my interest to the end. I recommend this read. 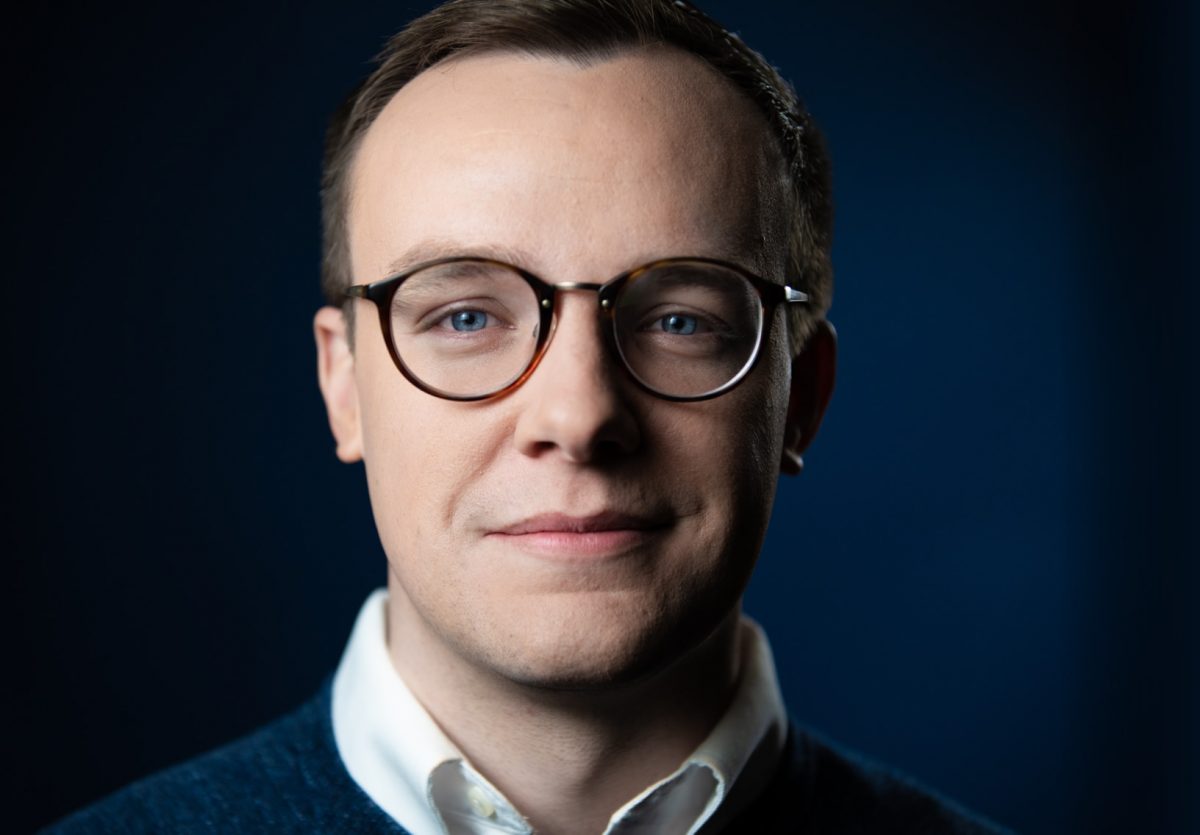 Chasten Glezman Buttigieg was born and raised in Traverse City, Michigan. A thespian, two-time 4-H blue-ribboner, and decorated member of the high school bowling team, he received his bachelor’s degree in theater and global studies from the University of Wisconsin—Eau Claire and his master’s in education from DePaul University. He has worked as a busboy, dog walker, nursing assistant, waiter, cashier, bartender, and most recently a middle school drama and humanities teacher. He lives in South Bend, Indiana, with his husband, Peter, and their two rescue dogs. I Have Something to Tell You is his first book.